In fact, Göring was already starting to regret his decision. How could he forget that the presence of that rogue?

Meanwhile, Rundstedt was downcast and blaming himself for the hiccup. If they relied on the infantry to fight then they could at least obtain honor for the Army. But now his own words played against him. However, everything was already decided with that nod.

The Party officials however, were displaying a different attitude from the military generals.

Goebbels was clutching his forehead with his hands, his head underneath the table, cursing his luck.

“Did they start yet?” Goebbels thought as he secretly up glanced up from under the table. Thinking about it, the Fuhrer is present today. The two should not do anything too excessive. However, he recalled some terrifying memories from one of the past Party meetings.

Originally Reinhardt and Göring got along quite well. However, after the occupation of Poland, it all changed. Anytime they met it would be a noisy matter. Reinhardt always displayed a gentle demeanor, maintaining a perfect German aristocratic temperament. However, this all changes when he encounters Göring. It would be better to call him a demon.

Goebbels still remembers that one time. When they both were in a military budget meeting and the Fuhrer was on vacation for a week. The quarreling started rather quickly. Reinhardt spat some extremely harsh words while maintaining his leisurely demeanor. His perfectly logical words trapping Göring within.

By then, Göring nearly fainted from anger. Even taking out his pistol in the midst of the meeting, waving it at Reinhardt for a duel. However, nobody expected that Reinhardt would pull out a Mp38 from under the table. By the time everyone noticed what was going on, they hurriedly went to de-escalate the situation. However, no one could predict that this was only the prelude of the top-secret “Seven-Day Arms Race”. 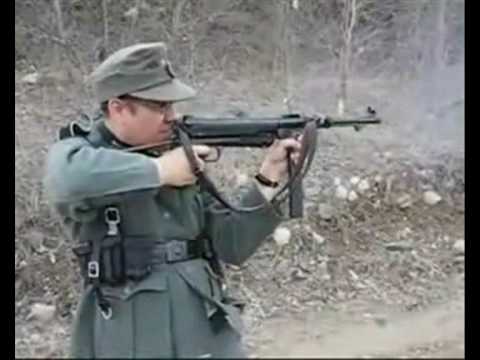 Feeling humiliated by being outgunned, Göring went for revenge. The next day, He also secretly placed a Mp38 hidden underneath his seat. The results were the same as the first day. The two people still argued over the allocation of resources. When Göring triumphantly pulled out his Mp38, he was met with a Mg34 aimed directly at him. Reinhardt grinning sinisterly at the click of the bullet entering the chamber. The cabinet officials screaming for them to stop.

On the third day, Göring’s Mg34 lost against Reinhardt’s grenade. Losing in the process 200 tons of chrome. On the fourth day, Göring’s grenade lost again to Reinhardt’s 50mm mortar. Losing 15 million marks for logistical support. The fifth day….. Until finally the seventh day, when Göring considered bringing in a 500kg bomb into the conference room. Hitler finally returned.

Hearing Goebbels’ report, he was thrown into a rage. Calling to the two into his office and gave a harsh scolding to both of them. If they were to bring any more weapons into the conference room then it would be severe punishment that awaited them. Effectively ending the “arms race”. Later, Hitler grew concerned that it would damage the leadership’s reputation. So, he ordered that everything be kept confidential. So, this incident was only known to the Party officials that attended the meetings.

Later Reinhardt and Göring never appeared in a meeting together, so everyone gradually forgot about it. But now, they were stuck in a room together… Reinhardt had already begun to provoke Göring, not paying much attention to the Fuhrer’s presence. From Göring’s ugly expression, a war is unavoidable. Now with the generals here, what would they think if they knew what would ensue?

Goebbels started to have a headache. Although casting a gaze of admiration to Xu Jun. He had long known that Reinhardt had the audacity to face Göring. Good!

Schirach was also very excited. He also heard of Göring’s disputes with the Deputy Fuhrer. However, his status was never enough to participate in their meetings. But now he finally had a chance.

Then Göring finally exploded, he pointed at Xu Jun and roared.

“Reinhardt von Straud, what did you say to me?”

Xu Jun slowly put down the cup of coffee. Then gazed up and smiled saying, “I said everything you just said was nonsense.”

“What! You dare slander my words! You dare state that I, Hermann Göring was lying? You dare to insult a German commander in military matters? The commander of the Luftwaffe! You… You… You…” Göring was so angry he was having trouble conjuring insults.

“Oh, stop with your stupid remarks. Rather it seems I did not make it clear enough. You were not lying, you were bragging.” Xu Jun said while keeping the leisurely demeanor, but his mouth showed a trace of an ill-intented smile.

“What! You dare say I’m bragging!”

Göring looked around to his colleagues, hoping for some support. However, he became even angrier when he saw their looks of approval at Xu Jun’s words.

“You cannot speak to me like this! I am a marshal, you are only a brigadier. Is this how you treat your superior!?”

“Oh, is that so? I recall you are the Prime Minister of Prussia. I am the Deputy Fuhrer, why should I listen to you?”

Göring reached to his waist, however it was empty. He realized that his pistol had been seized by Hitler beforehand. Then he looked around for any other options. Locking his eyes on his white and blue marshal baton.

“Stand up, you little aristocratic boy. I will teach you the price of insulting a national hero!”

“Well I would be happy to accompany, I also wanted to witness what an aviation hero was. But can you really do anything? Keep in mind, this is not an aircraft cockpit.” Xu Jun stood up and sneered. Continued to throw insults while reaching for his briefcase. Pulling out a short stick.

Goebbels had a very desperate look. Taking a deep sighed, he looked at Göring and shook his head. Those two even dared to provoke each other in front of the Fuhrer. This won’t end well. Now the military generals and officers know of this shameful incident. I doubt the Fuhrer would let his own cabinet be shamed like this. Then his gaze turned to Hitler. Even though this was a situation that only he could resolve, why was he sitting motionless?

Xu Jun was also perplexed. “Why did Hitler not stop them? Did he not mind me beating him to a pulp? Oh well, anyhow. You asked for it Göring, so don’t blame me for being ruthless.”

Then Hitler who was quietly watching all of this stood up.

“Enough! Where do you think you are? What is your identity! You two have no respect for authority!”

Hitler glanced cast glances at the member of the room.

Göring’s anger was immediately settled. Remembering his own behavior, his knew that he could not escape this one unscathed.

Hitler was casting angry glances at Göring, who was now sitting lowly in his chair.

“Hermann, think about what you just did. Did you act like a marshal? I’ve already told you that we are the leaders and that we are to shoulder the task of reviving Germany. But were you behaving like a leader today? This is very disappointing!”

Göring felt that he was wronged, but there was no use to refute. Nor anyone willing to defend him. Leaving him to sit silently in his chair.

Hitler then turned his head to Xu Jun.

“Reinhardt, today’s farce is entirely your doing. If you do not give me a satisfactory answer, you will be charged with insulting a leader of the Party! Do you understand? Now what is that thing in your hand?”

Listening to Hitler’s words, everyone looked toward the object in Xu Jun’s hands.

Because the scene was too chaotic, no one noticed what exactly Xu Jun was holding. But now, everyone sucked in a breath of cold air.

It was definitely a tool for demons.

In Xu Jun’s hand was a wooden stick, appropriately 40 cm long, 6 cm thick. Having a slight curvature. This by itself would not warrant the fear in the viewers. But on the end, were a few dozen rusty nails protruding out. Effectively sending shivers down people’s spine.

Using that thing, it would no longer be considered a duel. More like a murder.

Göring was also frightened.
“Reinhardt that scoundrel, even ready to use that kind of thing on me. Fortunately, the Fuhrer prevented the duel or the consequences would have been unimaginable.”

“Reinhardt that scoundrel, even ready to use that kind of thing on me. Fortunately, the Fuhrer prevented the duel or the consequences would have been unimaginable.”